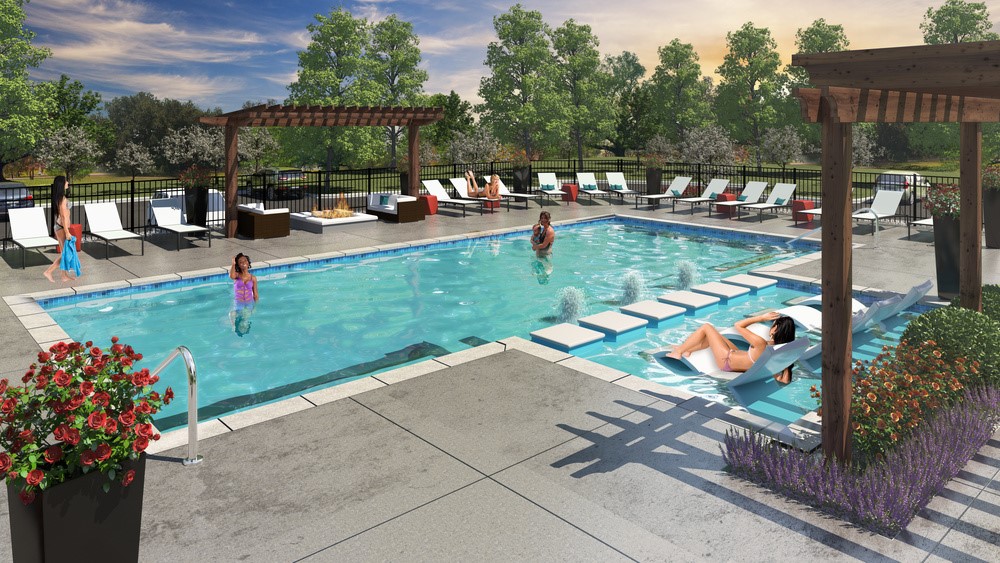 Jim Thomas has a plan to bring suburban living to the urban core. Currently, he’s got more than 600 apartment units underway in the downtown area.
Rendering courtesy of Cityscape Residential.

Jim Thomas is betting that Kansas City’s apartment market will thrive for the next twenty years.

Thomas, partner at Cityscape Residential, is developing more than 600 new apartment units in the downtown Kansas City area. And with three projects underway, his recourse loans show how much he believes in his product.

Some are beginning to raise an eyebrow at the onslaught of new apartments going vertical in the Kansas City metro. Will the absorption rate keep pace with new construction? Will younger professionals and empty nesters continue to trade in their yards and spacious homes for a maintenance-free lock and leave lifestyle?

But Thomas has caught a glimpse of the future. While he calls Kansas City his hometown, he’s been a resident of Indianapolis since the beginning of his real estate career 25 years ago.

“One of the benefits of commuting from Indianapolis is that we’re about 15 years ahead of Kansas City,” Thomas told the KC Downtowners last week. “I built my first version of Crossroads Westside in Indianapolis in 1989. It was 275 units wrapping a 475-car parking garage on the downtown canal of Indianapolis, and it was like gold. It was too early for a project like this, so the city subsidized it. Today, it’s stable, but that tells you how long we’ve been trying this in Indianapolis — 25 years.” 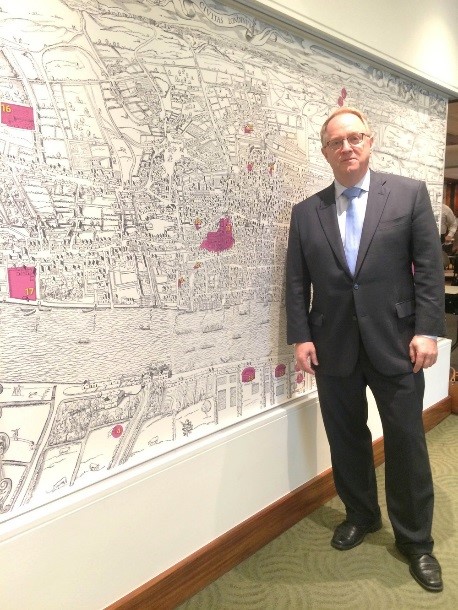 Jim Thomas unveiled details of his latest projects at last week’s meeting with the KC Downtowners.

Thomas has set out to bring luxury apartments to downtown in the form of three projects: the 138-unit Apex on Quality Hill, which sits at 10th and Jefferson between Case Park and HNTB; Summit on Quality Hill at 12th and Pennsylvania; and Crossroads Westside, another 275-unit project neighboring La Bodega on Southwest Boulevard.

Thomas says he doesn’t want his residents to compromise.

“One of the advantages of doing large, institutional tier community is we’re going to have common area amenities that a lot of smaller, urban, 40-unit offerings don’t allow,” he said. “This size allows us to add some of the things you’d do in a suburb. It’s for a certain niche of downtown resident who wants private parking and a swimming pool and an elevator up to their door.” 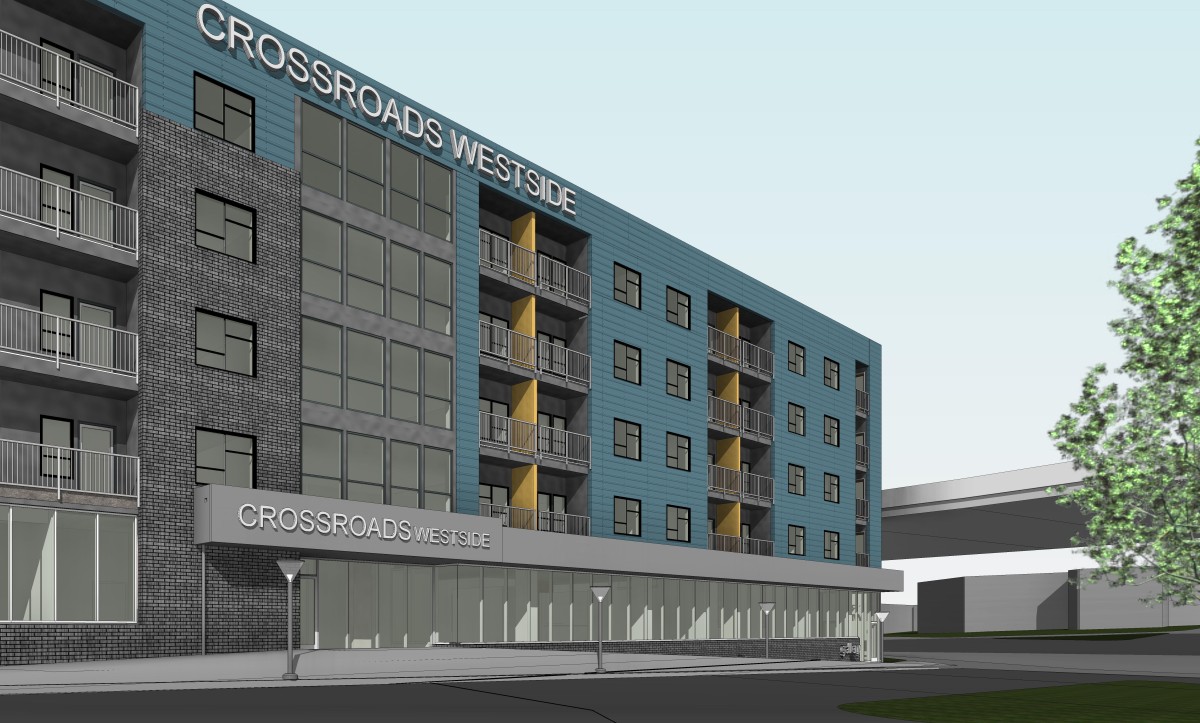 Crossroads Westside is a new 275-unit apartment project going up on Southwest Boulevard. Thomas hopes he can attract a first-floor retailer that will give the project some “Crossroads street cred.” Rendering courtesy of Cityscape Residential.

The projects each include first-floor retail space. A new tenant will soon take half of his 4,500 square feet commercial space at Summit. But he’s searching for an especially unique retailer for the Crossroads Westside project. And he’s not doing it for the rent, but rather something he calls “Crossroads street cred.”

“Four thousand square feet of retail is a tick on the dog,” he said. “It’s more important that it’s cool, moreso than it is to get $18 per square foot in rent versus $12 per square foot. I’ve been talking to Suzy Aron to figure out what arts group can keep the area active and get people to turn down Southwest Boulevard on First Fridays and really knit us into that community.” 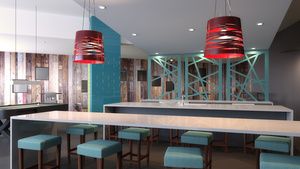 All of Cityscape’s apartments under construction will feature modern, urban interiors. 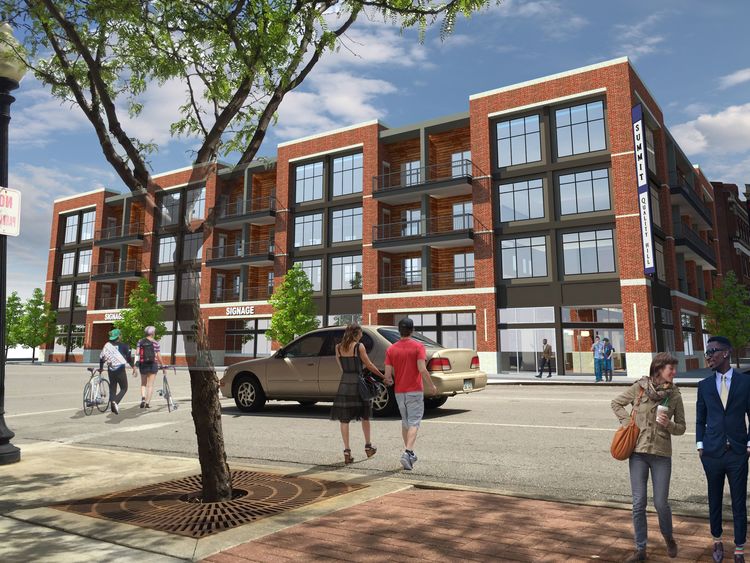 Cityscape’s Summit at Quality Hill includes this parcel at 12th and Washington, where the community’s leasing community
will be located alongside street-level retail. A tenant for that space will soon be announced.

But at the end of the day, Thomas would prefer to do away with the retail portion altogether and opt for a purely residential product. Instead of the popular mixed-use project, he prefers the “mixed use district.”

“I am a huge fan of mixed-use districts, but I don’t necessarily believe that individual projects have to be mixed use. It makes it a thousand times harder to finance something that is residential over retail of that magnitude,” he said. “You can greatly simplify it and thus greatly improve your odds if you set one [project] beside another. Maybe they share parking; There are lots of ways to still get that benefit, grow our district, and grow the urban core. But it doesn’t need to be so complicated.”